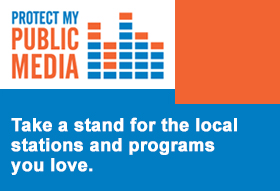 Stacey Millner-Collins is the founder and director of City Yoga in Columbia, South Carolina. She first came to her yoga mat in 1994 as way to unite a dedicated physical discipline with a spiritual one, and she has studied with numerous respected teachers.  The deepening of her practice impelled her to take a solitary “heroine’s journey” to Nepal in 1996 and, with her young family, to India in 1997 to study where the yoga tradition began. These experiences inspired Stacey to pioneer yoga in Columbia, SC, where she began teaching in kindergarten rooms, ballet schools, gyms, and church basements. The yoga community grew to the point that she opened her own studio, City Yoga, in 2003. With further in-depth and rigorous study, Stacey became certified in Anusara Yoga in 2006 and embarked upon the practice and study of philosophy, meditation, and Ayurveda.

Stacey’s classes, workshops, and trainings encourage the inquisitive student to step into his/her own empowerment through a vigorous practice firmly rooted in the philosophical teachings upon which yoga is based. Over her years of teaching she has come to appreciate that we ALL wish to be healthy, content, free, and fulfilled. Yoga helps us to get up when we feel knocked down, to bring clarity to confusion, and to cultivate courage. A yoga mat is a mirror of who we are--and yoga, like life, asks for devoted practice, a quest for integrity, and a healthy dose of self–reflection.